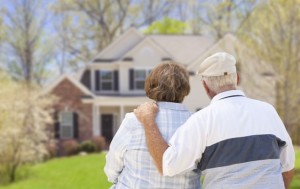 My mother used to joke that I would be cursing her when she and my Dad died and I was left to clean out her house and dispose of all her stuff. That was just over twenty years ago. At the time, I had three small children and another one on the way. I was also serving full-time in a two-point pastoral charge. (Remember full-time in the church is really over-time!) Plus, I was three hours away. Dealing with my grief was hard enough; but trying to sort through all her belongings was harder still. Eventually my brother solved the problem. No, my bookworm brother wouldn’t know how to use a broom if his life depended on it! But he wanted the house and so he inherited 90% of the stuff too!

What to do with all that stuff your parents accumulated? It is a challenge, to be sure. For the first time, we have two generations downsizing at the same time. My friend Liz is in the process of leaving her beautiful big home in Toronto and transitioning to a smaller home. Her 84-year-old mother just moved to a seniors’ home this past Fall and Liz and her siblings had to help her downsize. We now have a situation where Boomers are downsizing while they are trying to help their elderly parents to downsize. This is a new feature of 21st-century life.

To top it all off, our kids don’t want any of our stuff, and they certainly don’t want their grandparents’ stuff! Richard Eisenberg calls this “the stuff of nightmares.” And he’s right. (It’s also a uniquely first world problem. Many others in our world do not even have the basic necessities!) Check out Eisenberg’s blog, which my friend Susan just sent me: “Sorry, Nobody Wants Your Parents’ Stuff”. In it he offers some good advice on how to handle this problem – and lots of sympathy too!